The iron horse, the quintessential effigy of modernity, derails at the crossroads. The catastrophe disturbs the vanishing point. A train enters the tunnel at its usual pace but, when exiting amongst the explosions, the steam generated by its machinery is confused with the smoke of the burnt gunpowder.

In Cálculo Expreso, Javier Fresneda delves into a series of railway accidents in order to review Mexico’s infrastructural development and the images associated with progress involved in the historical transition from horse to train. The exhibition re-articulates this shift through a series of drawings on denim and a set of wooden sculptures, in which equestrian fragments are amalgamated with pieces of iron machinery. Additionally, Fresneda maps out the Mexican territory as a cross traversed by zipper-rails that allow its paths to branch out, breaking down its geography.

Historical dates either dance or stagnate. Jesús García Corona was born in 1881, the one who lost his life in 1907 as ‘the hero of Nacozari’. In 1904 the print The Great Derailment of Temamatla (El gran descarrilamiento de Temamatla) by José Guadalupe Posada Aguilar was published, recounting the accident that occurred in 1895. The dates 1902 and 1915 mark the derailment of the Hidalgo railway at the Tepa station and the Guadalajara railway disaster, respectively. However, Cálculo Expreso is more than an index of dates: it is a transhistorical tunnel consolidated with biographical, sociopolitical, and technological images. The following lexicon accounts for these figures, invokes their sounds, and extends their connotations.

A Lexicon for Cálculo Expreso

Railroader Day, the celebration of the Mexican guild of machinists. Designated in commemoration of the ‘the hero of Nacozari’. 1907: Jesús García Corona sacrificed his life so as to divert a train loaded with dynamite. The noise woke up a sleeping baby and the cows ran in an uproar. Heavy metals fell from the sky, twisted ferrous metals. In this Sonoran town, thirteen died and thousands lived. Boom boom, boom, kaboom. Now it is Nacozari de Garcia. 1927: The Museum of Modern Art in New York opened its doors to the public. Cézanne, Gauguin, Seurat, van Gogh. Cha-ching, cha-ching, go, go, gogh.

Horseshoes on rails, the friction of metal upon metal produces a progressive movement and also little orange sparks. Metal neighed for the imperialist expansion, the Manifest Destiny dilated like hot iron. The iron veins that divide territories in an effort to link them are more than a mere question of geopolitics. Pulling wagons, the locomotive sings above the blowing wind. Choo choo, choo chooooo, yeeeehaaaaw. They thought they had a stable even though they just went on a merry-go-round.

Destruction and misery, everything can change within a second. One minute you’re looking at the landscape and the next there is nothing but lights, dust, smoke, and a burning smell. Then the beeeeeeeep, the noise that announces that the engine is destroyed while all the lights on the dashboard turn on at the same time. An event that turns into an accident and ends as a catastrophe, revealed through screaming and crying. And here comes another —the one who didn’t find out about the misfortune— to collide against the balances of the catastrophe. Blink-and-you-miss-it.

Being at a crossroads. A girl embarks on a journey across the country, traveling through dirt roads and highways in pursuit of an overwhelming love. Desire and aspirations that look like lines towards the horizon, but end up as a devastating encounter. Church and State undertake simultaneous and continuous trajectories; the more they accelerate, the closer they get to each other. Parallels that are perpendicular. Are they coming or going? The straight angles of a cross are violated at the vanishing point and its twofold vertices are the paths towards a split-ends spirituality. If you get closer, the topographic profile of the Mexican territory appears as a sculptural relief. Zpppppppprrrrr, the zipper opens. Split ends.

In regards to looking. As a drive, according to Lacan, seeing oneself and recognizing oneself in the mirror: as one (she/her), as one (they/them), as one (he/him). To be perceived, to be received, to be distinguished from other ones. Unit, individual, although no one is an island. As a regime, they said that only what can be seen is known, that which is in “the territory of the visible”. The visual arts; a biased epistemology, if you ask me. But what is seen is not questioned. And what is not seen?

Projected to the horizon, the lines appear to extend towards their convergence. In the distance, the roads become very narrow. POV: you get closer and the horizon moves; you get closer and it moves more. Thus, they say, to infinity. But this week, NASA published the deepest and most distant image of the universe. They showed it first to the president of the United States, and then millions of people shared it on their social networks —scroll, scroll, scroll. It turns out that the same galaxies, all together, are what allowed for the sharpness of the image. So, which scopic drive? Let no one get close to the horizon so that it doesn’t move anymore.

Linear, underground path, or drilling a mountain. Keep going straight, straight, straight, straight ahead, through darkness. They say that it takes twenty-five minutes for the eye to get used to darkness, although the longest tunnel in the world —that of the Swiss Alps— takes twenty to traverse it. Without peripheral vision, you focus on the tiny luminous point at the end, for the rest cannot be seen. Smokescreens work at their best with tunnel vision. Aaaaaaoooooooooouuuuuu —it’s a tunnel out loud.

Amongst pink smoke, dated chimeras, and the torso of an acephalous steed, Cálculo Expreso tells the story —or stories— of industrial progress from its disasters. The centaur is no longer part human, but part machine. The iron horse: a transportation and motion device when it follows the path of its rails, and a killing machine when it disobeys its railway. 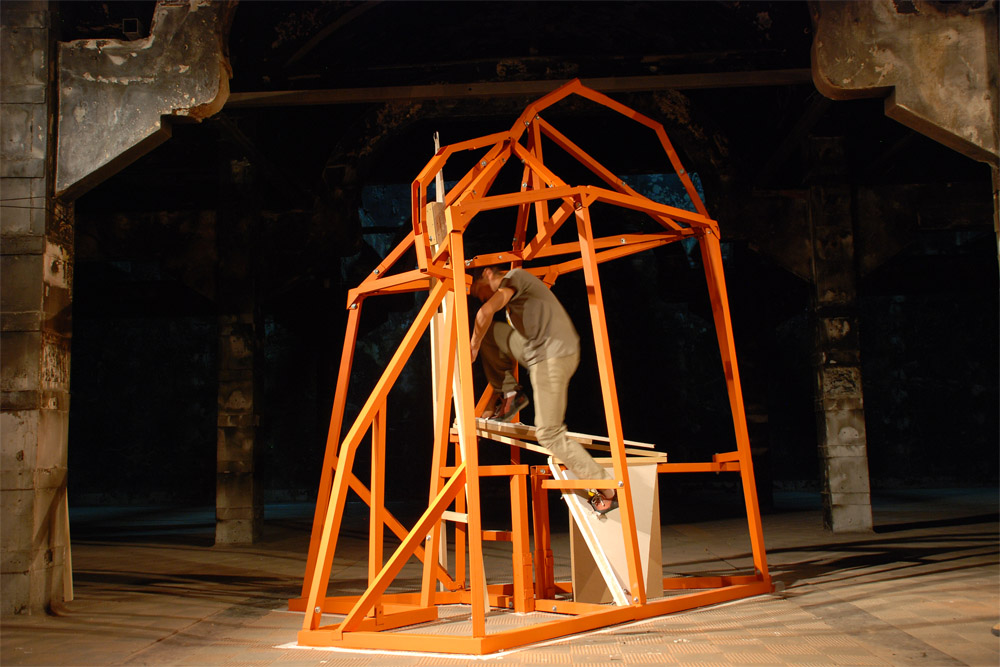 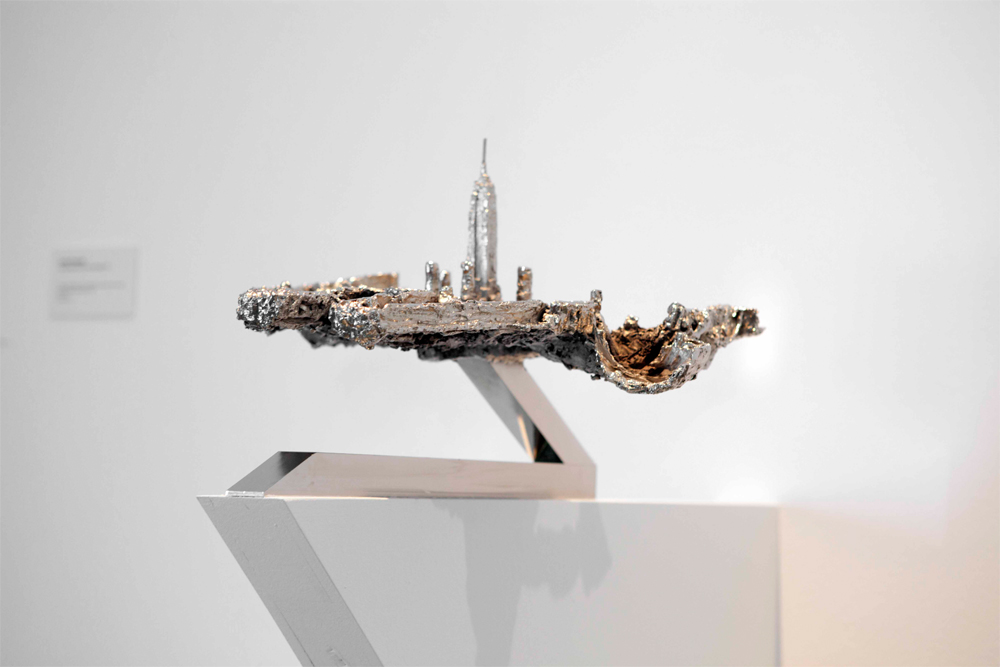 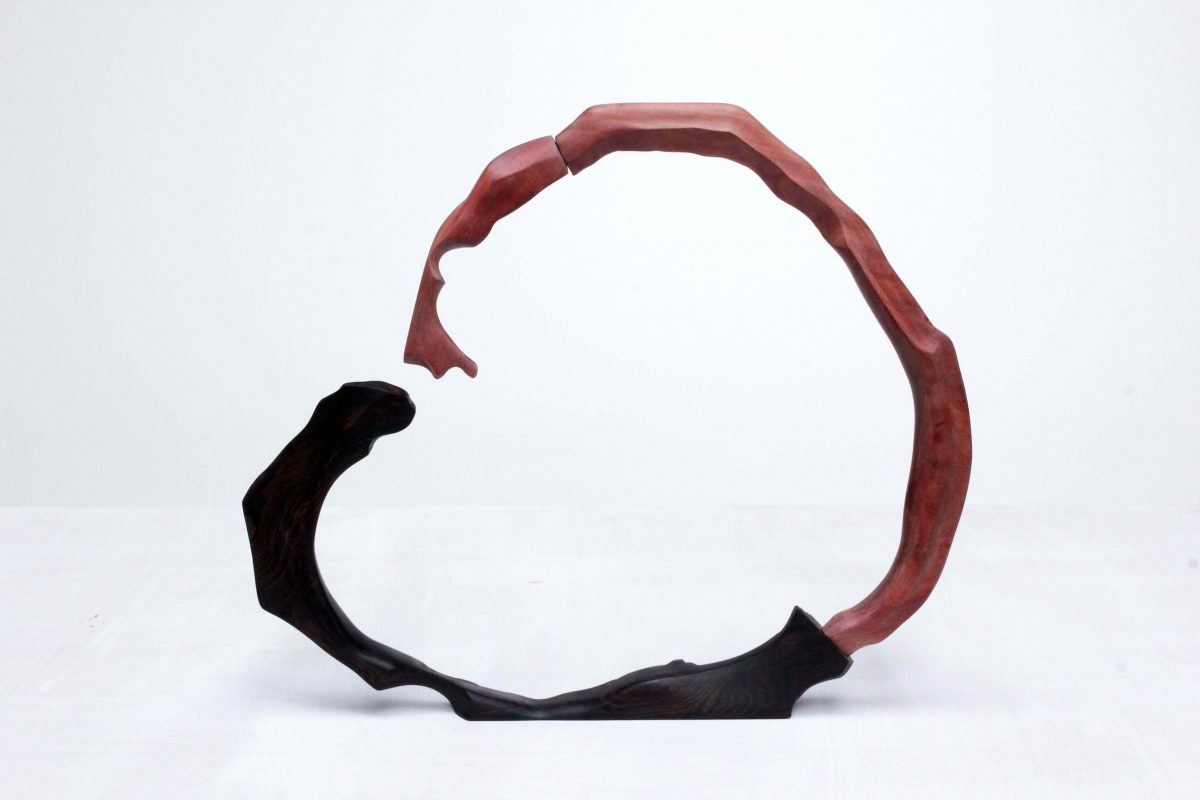